Business, technology leaders and policy makers have been abuzz about the Fourth Industrial Revolution (IR 4.0): a supposed technological transformation characterised by big data, artificial intelligence and automation. But despite the hype, digital technology was unable to control nor prevent the spread of the coronavirus, the single biggest challenge to humanity in a century. Instead, it was sound policy interventions, accessible healthcare, devoted healthcare professionals and good common sense rooted in collective welfare that “flattened the curve” and saved lives. The device most critical in controlling the outbreak was not a fancy contact tracing app, but instead the simple face mask. Instead of chasing the Industrial Revolution 4.0, policy makers should ensure they are building resilience and sustained prosperity for all : a concept I call Insured Resilience 1.0 (IR 1.0), founded by safety and security against shocks. This is more than a mere stockpile of goods or a reserve funds; it is an economic restructuring that meets everyone’s basic needs, preserves natural systems, and establishes social safety nets. At its core it is a fundamental understanding that the human beings are a biological species and live on a biological platform and not a digital one. The future is biological, not digital. 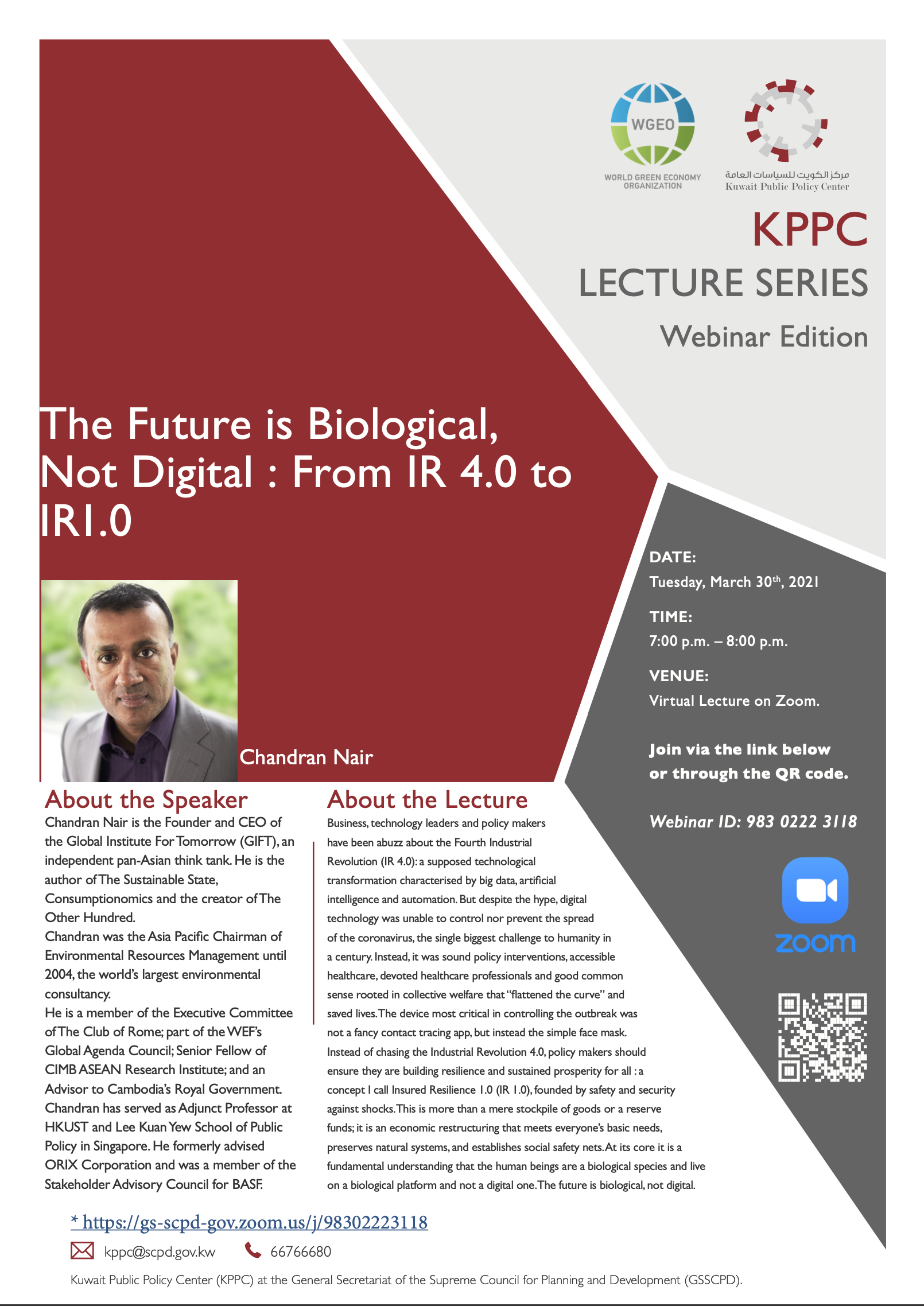